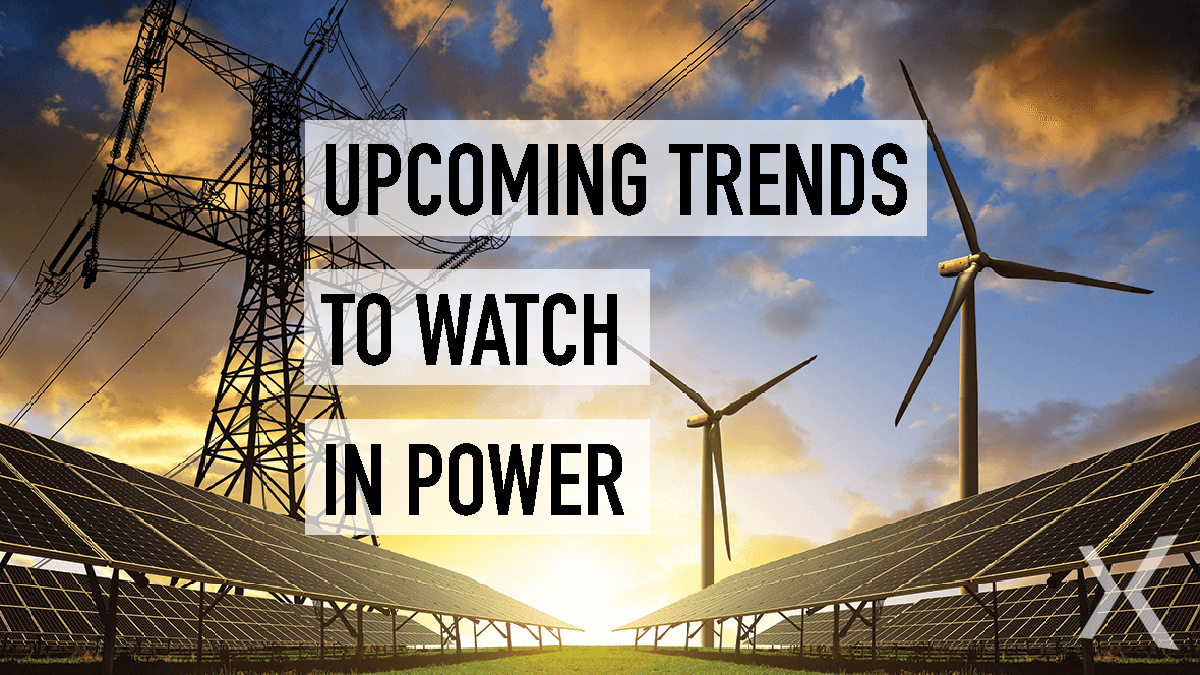 Seasoned veterans of the utility industry have noted that for many decades it seems like the power sector was more or less stagnant. Innovative new technologies and evolving market trends were commonplace in other sectors, like telecom or industry, but the world of power generation looked quite like it did many years, even a century earlier: fuel was burned at large-scale central locations which spun turbines, created electricity, and was sent for hundreds of miles across the grid infrastructure until it reached where it was needed.

But the past decade has uncovered a blossoming of rapid, overdue, and indeed exciting changes. Looking into the coming years, the upcoming trends in power generation markets promise to be even more transformative. By all accounts, the utility sector at the end of this decade may very well be one that’s nearly unrecognizable from where it stood at the beginning of the 21st century.

Even those who aren’t operating within the power sector will be able to guess one of the most significant ongoing trends in the utility industry, and that’s the rapid and reliable addition of clean energy generation to the grid.

According to the U.S. Energy Information Administration (EIA), renewable energy generation in the United States totaled 292 billion kilowatt hours (kWh) in 2000 (totaling 8% of total U.S. electricity generation), rising to 397 billion kWh (10%) in 2010 and 755 billion kWh (20%) by 2020. While at the turn of the century, over 90% of that renewable energy came from hydropower sources, the two decades since have seen a rapid rise in wind and solar power that now account for nearly 60% of all U.S. renewable energy generation. Combine that renewable generation with the 785 billion kWh of electricity coming from nuclear power in 2020 (a level that’s remained fairly constant since 2000), and this year carbon-free sources of power generation account for 40% of the total U.S. energy mix.

This trend towards more clean energy generation has been evident for quite some time and can be attributed to numerous developments. Government support in the form of research & development funding, tax incentives, and financing mechanisms have all played a factor in recent years to help renewable energy technologies reach maturity at a rapid pace, to the point where they can compete with legacy fossil fuels. At the same time, governments from the local to state to national (and even international) level have all been making commitments to decarbonize their power production at a rapid pace with an eye towards climate change. Lastly, the public and corporate appetites for clean energy as a top priority have grown significantly in recent years, with homeowners opting to source their power from clean energy providers, corporations increasingly looking to participate in power purchase agreements (PPAs) with renewable developers, and clever tools like community choice aggregators allowing much wider access to clean and renewable power.

Of course, while the clean energy sources rise, that means they are largely displacing older fossil fuel plants, namely via continual retirements of coal-fired power plants. Whereas coal generation was responsible for over half of all U.S. electricity in 2000, today that’s dropped to just 20%. And with an eye to the future, EIA prognosticators foresee that by 2030 coal generation will drop to 18% while renewables plus nuclear will total nearly 50%.

For any stakeholders looking to forecast what the major trends of the next decade will be, look no further than the addition of more clean energy sources.

Adding clean energy to the grid isn’t just a matter of displacing aged fossil fuel sources, though, but it’s also about finding ways to match an ever-rising amount of demand from the power sector. With a rapidly growing population, an economy that’s becoming more digital by the day, and trends towards general urbanization, the energy needs of the future are a real concern.

Data from EIA shows that total electricity consumption in 2000 was 3,592 billion kWh and has increased at a rate of 0.3% per year to reach 3,809 billion kWh in 2020. While that may not sound like a rapid increase on a year-by-year basis, over the coming decades that growth will add up rapidly. And given the practical limitations of existing transmission infrastructure to deliver power where it’s needed and the high capital cost associated with building out new generation (no matter the location or type), stakeholders across the power generation market recognize that rising demand will be a force with which to be reckoned.

So, in the end, no matter what the power generation looked like today, the growth in customer demand would still be inevitable and action would be required by power providers to continue to meet the demand. The status quo won’t cut it, no matter which way you slice it.

Common DER installations include residential or commercial solar rooftop installations, smaller-scale wind farms, and similar modular sources of power generation. By being sourced closer to centers of immediate power demand, these distributed generation sources can deliver power without the large losses experienced when electricity is sent for hundreds of miles across the transmission infrastructure. Additionally, distributed generation is more often associated with forward-looking grid assets like microgrids, which allow for power from these local generation sources to continue to reach the end-users even when an outage is being experienced elsewhere on the grid. These types of distributed generation sources are also commonly used for PPAs, mentioned earlier as a key tool for corporations and industrial consumers to be able to take advantage of clean energy generation.

Demand response is a tool where central power markets can send signals to end consumers that incentivize the reduction of energy consumption during periods of excessive demand when the resources on the grid are being strained. Utilizing demand response can take the form of offering customers financial incentive to reduce consumption when certain notifications are sent in expectation of excessive demand, or even by having customers permit utilities to adjust their energy use automatically such as by adjusting a smart thermostat or pre-heating water with water heaters in advance of peak demand.

These tools have been made possible thanks to the digital tools that are now found on the grid, most notably smart meters that allow for the customers and utilities to send communication, and even energy, in two directions rather than the original paradigm where energy was sent from grid to consumer and a meter checker had to be sent out physically to check power use each month. By giving demand response a seat at the table, new tools to meet the rising demand that bring immense advantages. Creating a demand response program to encourage the reduction in peak demand, for example, is much more cost-effective for power providers than building out new generation assets. And a world where a kWh saved is more or less equivalent than a kWh generated in the goal to ensure power supply and demand remain in synch, demand response may not amount to power generation in the traditional sense, but it’s rapidly becoming an asset to the power generation market and all stakeholders within it. By connecting demand response to the grid, the strategy becomes a tool within virtual power plants, completely changing the way the power markets operate.

Rise of the Prosumer

From assets like batteries in garages, electric vehicles, participation in demand response programs, and on-site generation, many customers are finally able to become prosumers. The advent of the smart grid and smart meter system has enabled more of this newfound opportunity and behavior, allowing these stakeholders to not just pay for energy but to be paid for the energy they conserve or send into the grid. In recent years, the opportunities to take advantage of this new arrangement have progressed with newly available technology. Now instead of instantaneously sending their excess power back into the grid, customers can store it in a battery and use it later or send it back to the grid at a time when supply is more struggling to keep up with demand (and thus the price they can receive for their power is higher). Drivers of electric vehicles can also see their cars’ batteries as energy assets on the grid, opting to listen to demand response signals (manually or automatically) and only charge their vehicles when peak demand has passed and electricity prices are lower.

All of these possibilities are only just beginning with early adopters taking advantage, but in the coming years more and more customers will jump at the opportunity to change their fundamental relationship with their utility provider and the power generation market as a whole.

What’s It All Mean?

In an industry that was stereotypically plagued by inaction, static-thinking, and an aversion to pushing the envelope, the coming decade for utilities looks to change that reputation once and for all. Everything from the type of energy generated to the location of that generation to how it gets to the final customers to even how those customers participate in that process is all being upended. And where these trends take us will no doubt be an industry even better suited to deliver affordable, reliable, and clean energy.