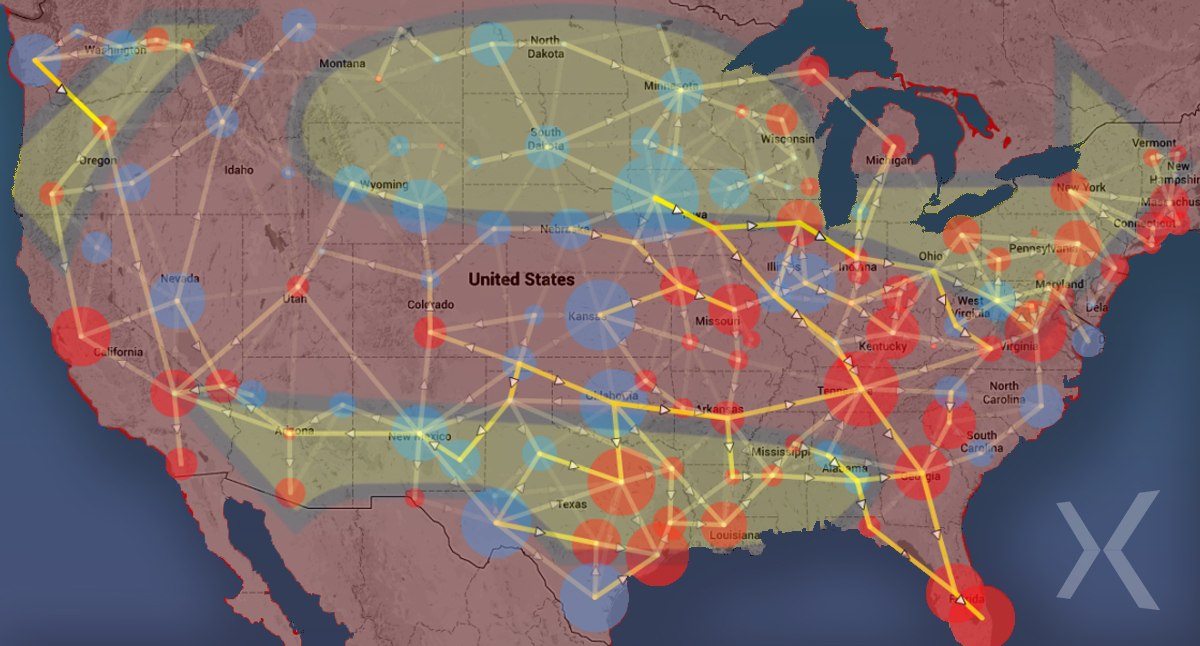 For many years, energy industry professionals have extolled the virtues of upgrading the power grid. The grid is aging, transmission and distribution assets are crumbling, and the United States is quickly falling behind in the implementation of advanced, modern smart grid technologies. These points have commonly been touted, and in a world where energy-related issues have gotten dragged into the bitterly divided political sphere, bipartisan support abounds for the benefits to customers, to the industry, and to the economy by investing in upgrading the grid with the technology of tomorrow.

So, while that march towards grid modernization is steadily moving forward, a particular vision of a leapfrogging advancement that could jolt the grid forward miles into the future, rather than inch-by-inch, is the supergrid. A supergrid may sound like something made up for a lazy sci-fi plot or a corporate executive looking to brandish the next buzzworthy phrase, but it’s a concept that has been deeply studied by scientists, engineers, and energy experts and shown to have revolutionary potential on the way the power sector operates.

And in the past two years, the supergrid has been purposefully tanked by those who oppose how that restructured energy industry may look. It sounds like a work of fiction, but reality in the case may actually be more compelling.

What Is the Supergrid?

To start, we must first clearly define what the supergrid is and why it could be so transformative. The typical power grids in use across the country today are regional in nature. When a customer plugs into their wall outlet, the physical electricity they are receiving was likely generated somewhat nearby, perhaps as far as a few hundred miles away depending on their distance from the main generation sources and the particulars of supply and demand at that given moment. But someone receiving power in California would never see their energy being supplied from Michigan, and those in the Mid-Atlantic United States are assuredly receiving power from a separate grid than those in the Pacific Northwest. This arrangement makes practical and business sense, because the longer distance electricity must travel from generation to consumption, the more it costs to do so and the more inefficient that delivery will be thanks to resistive losses. So, to optimize the system, electricity is consumed from as local as generation as makes practical sense.

The supergrid, however, turns that conventional knowledge on its head. Whereas the traditional grid uses alternating current (AC) to deliver power, the supergrid would operate as a separate set of physical wires that use high voltage direct current (HVDC). HVDC transmission allows for much greater efficiency and speed for sending electricity over long distances, much greater distances than would be cost-effective or practical for AC electricity transmission. The supergrid would thus be a secondary source of power transmission operating in concert with the traditional grid, but with the added functionality that it would be connecting sources of supply and demand that were previously not directly connected due to the vast difference.

The supergrid is a concept that’s been discussed for years, and a 2017 article in The Economist well sums up the practical implications of a supergrid:

“The prefix “super-” conveys three of the word’s meanings. One is literal: HVDC lines function as arteries that move large amounts of electricity above and separate from the existing AC grid. The second is superlative: the supergrid has greater geographical extent than the normal grid..The third sense, of quality, is more an aspiration than definition: that the supergrid will be better than what we have now, a vision of a perfectly functioning zero-carbon global electrical transmission system.”

Why Would a Supergrid Be an Improvement?

By existing as a separate transmission infrastructure, it would free up space on the traditional grid that is increasingly plagued by congestion in a country with ever-growing power demand. And key to the future of a national grid that can incorporate more clean, renewable energy, the wider distances that become effective and efficient due to a supergrid mean that the intermittent nature of solar power and wind energy become less of a hurdle.

As the grid stands today, the vast wind power capabilities in the Midwest, the build out of offshore wind off the East Coast, or the widely effective solar generation capabilities of the American Southwest are really only able to provide clean energy for those localities. And because renewable energy sources tend to be intermittent, it means the persistence of baseload generation from coal and gas are necessary to provide consistent, reliable power, which limits how much renewable energy can be built and operate cost-effectively on the grid.

If, however, the United States had a supergrid crisscrossing the nation then excess solar being generated in Arizona during peak sunlight could be sent to cloudier states that don’t have solar reserves; the heavy nighttime winds in Texas could find consumption in the Southeastern states that otherwise have no wind and must rely on fossil fuels during those same hours, etc. Not only are more corners of the country able to have their energy needs filled with renewable sources from other regions, but those renewable-friendly locations will easily find more customers for their generation and thus the investment in more renewable generation becomes easier to economically justify.

Not only would power generation be able to get cleaner, and thus free the country from the grips of carbon-intensive coal, but customers would also benefit from a wider pool of affordable energy being sent their way. In regions that don’t have as readily available energy from wind or sun, they can’t benefit from the amount of cheap electricity these sources can bring, but a supergrid makes more affordable energy more widely available.

What’s the history of the supergrid in the United States?

As noted previously, the idea of a supergrid is not a brand new one, and it has in fact been discussed for numerous years by U.S. experts, officials, and advocates. And if the desire for grid upgrades is pervasive, the benefits of reliable and affordable energy so ubiquitous, and the need for a less carbon-intensive grid so critical, then what’s the hold up? Why has the U.S. supergrid remained an idea and not a project in implementation?

Unfortunately, the answer to this question appears to be political. The idea of a supergrid sounds appealing to those who are looking to the future of the energy industry as one to become cleaner, more customer-friendly, and more transformative. But on the other side of that equation sites the politically powerful coal industry. The more a supergrid allows for energy demand to be met by a national pool of renewable energy, the less demand there is for coal to fill in the gaps with its reliable baseload generation. As such, coal industry advocates see the supergrid as another threat to the future of their preferred fuel sources. A terrific investigation into this topic, specifically around the Trump Administration pulling the plug on a critical study on the supergrid in the from of the Interconnections Seam Study as a part of its ongoing promises from the 2016 campaign trail to protect the coal industry, was completed earlier this summer by Investigate West and The Atlantic. Their full deep dive is worth a read to learn about the details of coal advocates in the U.S. Department of Energy intentionally burying and dooming this critical study of how the future U.S. supergrid may change the game, but in essence it boils down to the sometimes insurmountable lobbying power of these types of entrenched businesses. Despite the study’s core findings that the supergrid would be capable of eliminating 35 megatons of CO2 emissions (equivalent to the annual emissions of 7 million cars) and save consumers $3.6 billion in total each year, the study and implementing any of its findings was put on hold for the time being, with officials hoping a more receptive administration in 2021 would unshackle them. But the fight against climate change is a race against time, and that lost time can never be returned, nor can the potential economic benefits to customers, regions, and the country as a whole.

Are supergrids in existence elsewhere in the world?

If supergrids are so exciting, surely they’re being put in place elsewhere in the world, right? The answer is that it’s a long process but there are areas of the world that are currently further ahead than the United States in capturing the likely benefits of supergrid installation.

According to the International Renewable Energy Agency (IRENA), China is currently the world leader in supergrid technologies. As of a 2019 study on global supergrids, China was home to the greatest distance of total HVDC transmission (35,000 kilometers) and the most power delivered over HVDC (500 billion kilowatthours). China also has the highest voltage HVDC line in operation at 800 kilovolts and the highest capacity HVDC line in operation at 10 gigawatts.

China is not alone, however, as Europe has started to tap into the possibility for HVDC lines to deliver renewable energy from their emerging offshore wind generation projects all across the continent. Additionally, the European supergrid project, also known as the Eu electricity highway, will connect the national grids of Israel, Cyprus, and Greece with 2000 megawatts of undersea cables, as a similar one connecting Egypt with the European continent.

Other notable examples of supergrids and HVDC in various levels of implementation include Germany’s Energiewende, India’s Power Grid Corporation , and the Asia Supergrid. While these and other projects aren’t fully implemented, various levels of HVDC have been installed and show that the United States stalling has the country and its power sector thus falling behind.

Does the U.S. supergrid have a future? And how can it affect you?

That all said, yes– the future of the U.S. supergrid is not closed. As noted, the swearing in of a new Administration that is not beholden to protecting the coal industry will certainly help. Presumably, the Department of Energy run by appointees of President Biden will be moving much more swiftly towards whatever ideas can get the country to net zero carbon as fast as possible, and the U.S. supergrid as studied in the buried Seams study is one key step in that process.

Thus, if we’re imagining a future where the U.S. supergrid is a reality, how will that impact stakeholders in the U.S. power sector? As noted, the availability of HVDC to send clean energy wherever it’s needed, regardless of where it was generated, will uncover new excitement for renewable asset investment. So, an immediate impact would certainly be renewables trending up, and that would be happening at the expense of baseload fossil fuel generation, namely coal.

For customers, that means power use that will be more affordable and less carbon intensive. For energy suppliers, brokers, and other market actors, that will also mean much more competitive pricing. No longer will a broker operating in New York simply be competing with other regional power providers, but suddenly they’ll see their markets directly impacted based on the wind energy conditions in the Midwest, the solar generation taking place in the Southeast, and more. But more competition means more opportunity, and the competition will be coming from clean and affordable players as the coal industry becomes even less prominent.

The future of the energy markets is going to be quite different from the industry’s long history, whether from supergrids, microgrids, distributed generation, smart grids, or whatever the next big development will be. But for informed, agile, and adaptive stakeholders, that increases the opportunities available. The energy future is bright, and the supergrid is one key tool that will take us there.